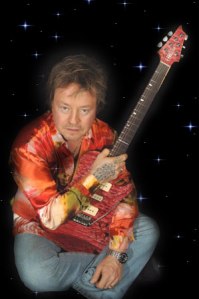 Okay, while I have a few moments, I thought I would share what a great time we had this weekend. I heard a rumour that two rock legends were coming to one of the local venues, the Z in New Bedford. Now I had been turning my kids on to old rock and roll from the likes of the Coasters, Spinners, Beatles, Zappa, Alice Cooper and of course Edgar Winter. So when Edgar came to town with some unknown rocker by the name of Derringer, (just kidding) well my daughter prodded and pleaded. Oh, okay. So the four of us headed out to the Z to catch the show.

Now, I have gone back to playing guitar and started taking lessons with George Dussault. I thought that was a little intimidating as George is also an engineer, so a man who knows his music. Let me tell you though, when Rick started to let loose, I was really intimidated. Man, that guy can play! Then when Edgar Winter came out with his guitarist, Doug Rappaport, I was floored. Of course, George tells me he is going to see Jeff Beck and he could put them both to shame. Um, so I think I can play guitar. Well, okay, for myself and my family, LOL.

Anyway, the Z is a great venue as it is an intimate old theater that has been redone. The seats are horrible, but you soon forget your discomfort because you are right there. We were about six rows back and just far enough back from the speakers.

Let me tell you, I have never seen so many old people at a show since I took my mother to see Steve and Edie on their final tour. Oh, wait, I am one of those old rockers. Lindsey was commenting on how many were still wearing mullets. Hmmm, I don’t think we really called them that. She said, “Dad, short hair in front and a pony tail?, Mullet!” Okay, kid, if you say so.

Rick Derringer came out first and put on quite a show. His bass player was a hoot. My kids really went wild when he played Rock and Roll Hoochie-koo. The whole place was rocking when he did his old McCoys tune, Hang on Sloopy. After that, he was my kids hero. Of course, that went up a notch when it was announced that Rick was out in the lobby signing autographs. Both of them were off in a shot. Sean came back all excited to have had him sign his ticket, but was hoping he would sign his shirt, but there were so may people. Lindsey took it up a step and had him sign her Ipod. She is getting a clear case for it to protect the signature. A Rick Derringer signed Ipod,hmmm wonder how much on Ebay? LOL. Well Lindsey came back quivering in excitement.

Lights go down and out comes Edgar Winter. Man, what a show. My wife had never really been a big fan of Edgar Winter, but after that show, she thanked me and told me she had a great time. Oooh points! She wants his new album out because she liked Texas Tornado and Power of Positive Drinking (with Clint Black). The album is Rebel Road. It was all good, but then he reached under his keyboard and pulled out a keyboard that he hung around his neck. Then he asked the crowd if they remembered a little ditty called Frankenstein. What a power house of a song. Edgar went from playing the keyboard to the sax, and then the drums. Just hearing that song live was worth the tickets. I all ready mentioned Doug Rappaport on guitar but Koko Powell on the bass was no slouch, and a newcomer on drums Jason Carpenter, more than held his own and did a smashing job.

Edgar did a version of Tobacco Road that must have lasted a good twenty minutes. At one point, he walked off the stage and left Doug to hammer out one hell of a solo. Then he came back on and started playing a game with each of them where he would do mouth music to make varying riffs and then either Doug, Koko, or Jason would try to copy it. Cindy loved it. She thought it was amazing that they could copy anything Edgar could come up with. Edgar finished out with a rousing version of We All Had A Real Good Time. The crowd went wild and he showed that he still had it after all these years.

I am heading back out to Sedona in September. I found out that he is going to be doing a concert with his brother Johnny, unfortunately at the beginning of the month, while I am going at the end. Ah timing.

The best part of this was when my kids hugged me and thanked me. Lindsey was still wound up about getting Rick Derringer’s autograph. Hey, Rick, you still have that affect on girls. LOL. The best thing was, we all had a real good time.

I heard a rumor that McCartney and Ringo were getting together to do a tour. Now if I could score those tickets……..