I alone cannot change the world, but I can cast a stone across the waters to create many ripples.  ~ Mother Teresa

I have written in the past about how things we do can have impacts around the world. As our world grows more global in its vision, even the simplest things we do can affect others. Think about the simple task of turning on a light. We see it as a simple task. We flip a switch and voila, there is light. Yet, what is behind that? 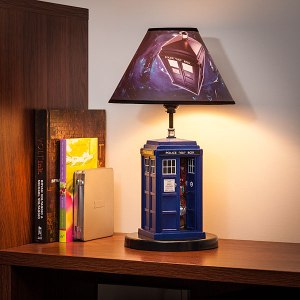 You can take two paths to look at the impact that simple action can have. First, the lightbulb and lamp itself were manufactured somewhere. Was it made from recycled materials? Was it made in a sustainable way. Were the workers paid a living wage and treated well? Were the materials sourced in an ethical way? We all have heard stories about blood diamonds. The miners are basically enslaved to mine the diamonds that are then sold on the world market so you can have your bling. Were the materials used to make the lamp sourced in the same way? What about the bulb and its materials? Do we end up perpetuating human servitude in order to light that bulb? I know, many of you will say, who cares where it comes from as long as its cheap. Is that desire to have everything cheap, costing the lives of some and others to have horrendous living conditions?

On the second path, you have to look at the energy to light that bulb. Unless you are living off the grid and using wind or solar to create your own electricity, then that power comes from somewhere. We hear horrible stories of oil spills around the globe. Many times we don’t hear the stories except on page thirty-three of the newspaper. How many are aware of the environmental damage done to the Amazon rainforest due to oil exploration? The native people sued the oil company and won but can’t collect because the oil company is hiding in the US where courts are more friendly to them. They are going to string things out until the natives drop the case. What about over in Nigeria? The land is contaminated and the people have to live there. Where else will they go? There is a long list of oil spills that can be found on Wikipedia, http://en.wikipedia.org/wiki/List_of_oil_spills 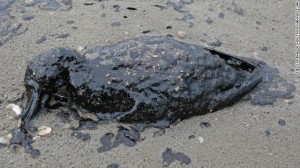 Oh I could go on and on about the environmental damage that we have done just to light that bulb, but I would lose most if I haven’t all ready. I won’t even get into the dirty secret of nuclear, or the farce of “clean coal”.

The reason I bring this all up, is that we have to start to realize the impact we have on the world. This is even more important as the numbers of people grows exponentially and our impact on the world around us also grows. Many will say, that what they can do is so small that it doesn’t really matter if they do it. However, I will argue that if you don’t do at least a little something, then it does matter, a lot. We have to start thinking, not of our only little shell and what goes on there, but the impact that we have on the whole world. We may not be able to control some things, but there are many things in our control.

At the very least, we can do simple things like turning off a light when not using. You could go that extra step and pay the little extra and requip your house with LED lighting. I have a flood light in my backyard that gives off the light of a 300 watt bulb flooding the backyard with a soft moonlight glow. I bought the light at Lowes and installed it myself. The light only uses 15 watts. I have also replaced most of the other bulbs in the house. I even replaced the fancy global bulbs on the vanity lighting. Yep, LED. Those bulbs were about 40 watts each times three for 120 watts burning. The new bulbs were about 8 watts times three is 24 watts. Almost 100 watts saved each time those lights are on. We were also looking to put up a pole light outside, but instead of digging a trench and running wiring from the house, we were looking at buying a solar LED pole light. It would charge by day and light the way at night.

What we did around here is not much. I would have loved to go totally solar and sell back the excess power to the grid, but I was limited on cash, so I did what I could. When the water heater went, we replaced it with a Hybrid water heater that takes some of the ambient temperature to help to heat the water heater. Of course, it helped once I replaced the basement windows with more energy efficient ones. Sometimes it is the little things you can do.

I may not have much control with regards to who makes my lamps or bulbs. I may not be able to control whether they treat their workers ethically and fairly. What I do is try to control those things that I do have control over. I try to minimize light usage, even with the LED lighting. We use a pellet stove to suppliment the electric baseboard. It is a little cheaper to run the pellet stove to heat the house.  If a product is made in the US, then I will choose that one over a product from China. I know that here in the US, we have labor laws to protect workers. However, I have heard horror stories about some Chinese factories. Sometimes it is the little changes we can do. The thing is, we have to do something.

I have been called many things on my journey, Professor, White Wolf, Rainbow Warrior and Spirit Walker. I had a blog on blogger.com for a number of years. I think the last post was when Papa passed back in 2012. I had also written for World Wide Hippies online mag for a year or so and even won a Golden Note for online writing. I got burned out writing and decided to stop for a bit. The only writing I did was comments on things I shared on Facebook. Unfortunately, that often got into a lot of angry and ugly talk. I try to maintain my cool, but there are just some unreasonable people out there. I found it emotionally and spiritually draining. I saw my niece's blog on here and thought that maybe it was time to resurrect Thoughts On A Cloudy Day. These are my thoughts and meanderings. You can accept them or walk away. I hope that in some way, these thoughts can spark other thoughts and sharing by people around the world. My dream is to make the world a better place for all people. My heart to your heart, one hear, one spirit.
View all posts by Emma Morgaine Croft →
This entry was posted in conservation, energy, environment. Bookmark the permalink.